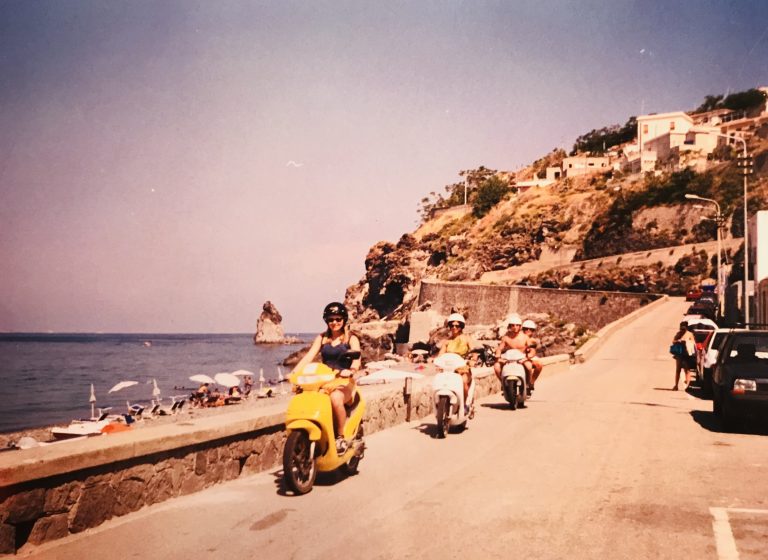 Right now the sun is shining, the birds are celebrating and voices can be heard, possibly Italian, over the distant stream of traffic. In case you don’t know, we have a lot of Italians in our port city, a “suburb” of Perth, historic Fremantle. Italians migrated before the world wars, for economic reasons, and in even larger numbers due to the wars, along with Portuguese, Greek and Croatian. 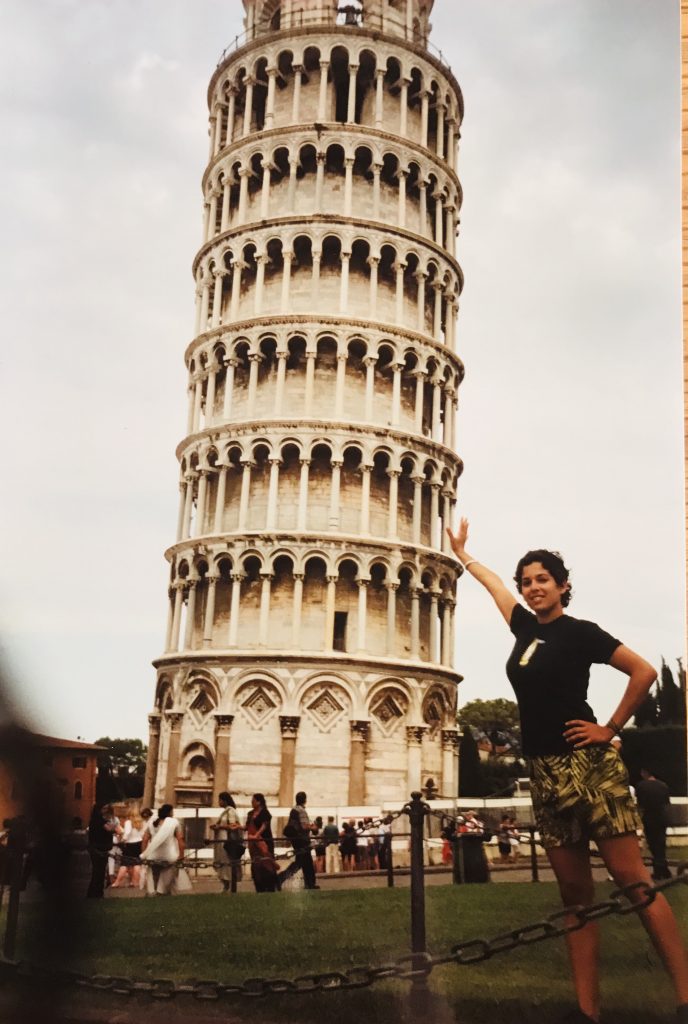 As a teenager in 90s Perth, it seemed that everyone had parents who had come from elsewhere. In my friendship group at school, for three of my best friends’ both parents were Italian and two others had one parent. Since we spent so much time together from age fifteen, living in each other’s pockets, I feel like, to a certain extent, I grew up Italian too.

From when Lis taught me to say “Dov’è il Gabinetto?” (Where is the toilet?) to my proud exclamations of “My piace cetriolo!” (I love cucumber!), I’ve always felt an affinity with the Italian language and culture. I feel like I must have been Italian in a past life because I feel so at home in the land.

Rome, though I haven’t been there for twenty years now, remains in my heart as the eternal city, my favourite. I love the chaos of it, the heat, the beauty, espresso, pizza, pasta and of course, the Italian people. At age 22, I spent two weeks in Rome and would often just go to Termini station to sit and watch people pass.

My mum’s brother is a priest and has lived in a small village outside of Rome for 50 years now. The first time I visited was with my parents at 18 and Uncle Adrian took us all around the city on a historical tour of his own.

I adore travelling by train in Italy too! I’ve done it back-packing with my uni boyfriend at 20, three best friends, my French boyfriend at 22, my ex-husband, Uncle, parents and by myself.  The places we visited were Sorrento, Positano and Capri on the Amalfi Coast, Lipari and the Aeoli Islands (Stromboli and Panarea), Pompeii, Florence, Bologna, Turin, Pisa, Siena, Milan, L’Aquila, Guilianova, Bari, Verona, Lake Garda and of course, sempre Roma. 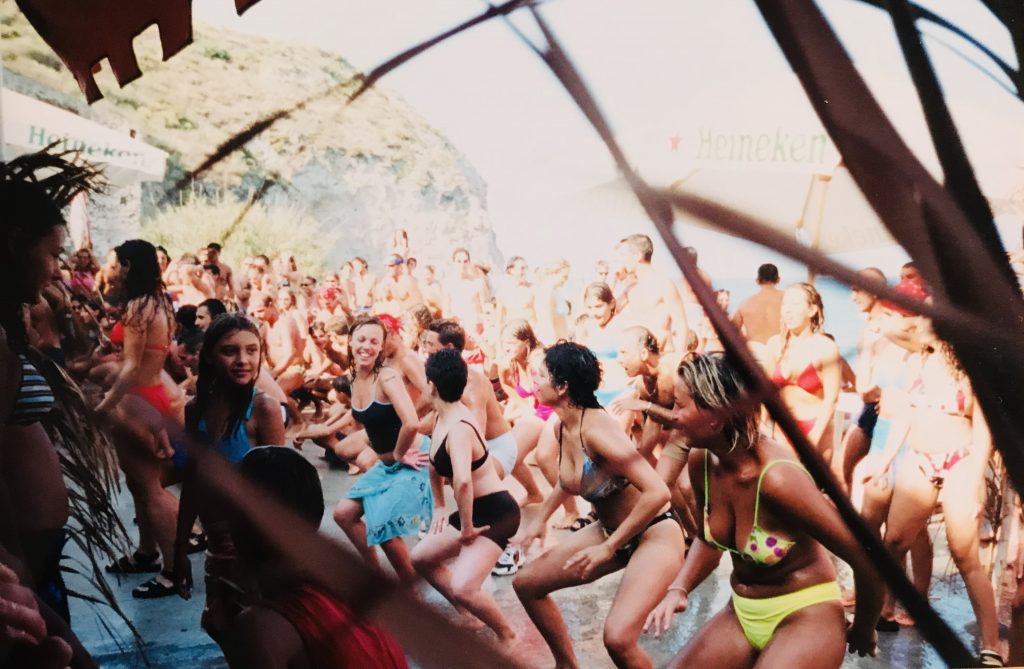 All this to say, one of my favourite times of year in Perth is this late September to October period, when the weather warms up and Luna Cinema hosts their annual Italian Film Festival. Like with the Scandanavian film festival when I went north, I wanted to fully immerse myself in La Dolce Vita (the sweet life).

So, on Saturday afternoon, Alana and I walked into Fremantle from my house (as is our movie ritual) to see Nostalgia. It’s set in Napoli, Naples, and is about a man who returns to his home city after forty years, wanting to reconnect.

Perhaps you felt enticed to visit Naples after reading of Liz Gilbert finding her pizza paradise there in Eat, Pray, Love. This does entice me, but my favourite book set in Naples is The Devil and Maria D’ Avalos. It is set in 1590 and is a historical novel about the love triangle between three aristocrats. Written by art historian, Victoria Hammond, I loved the way it was written and was completely absorbed by the story. 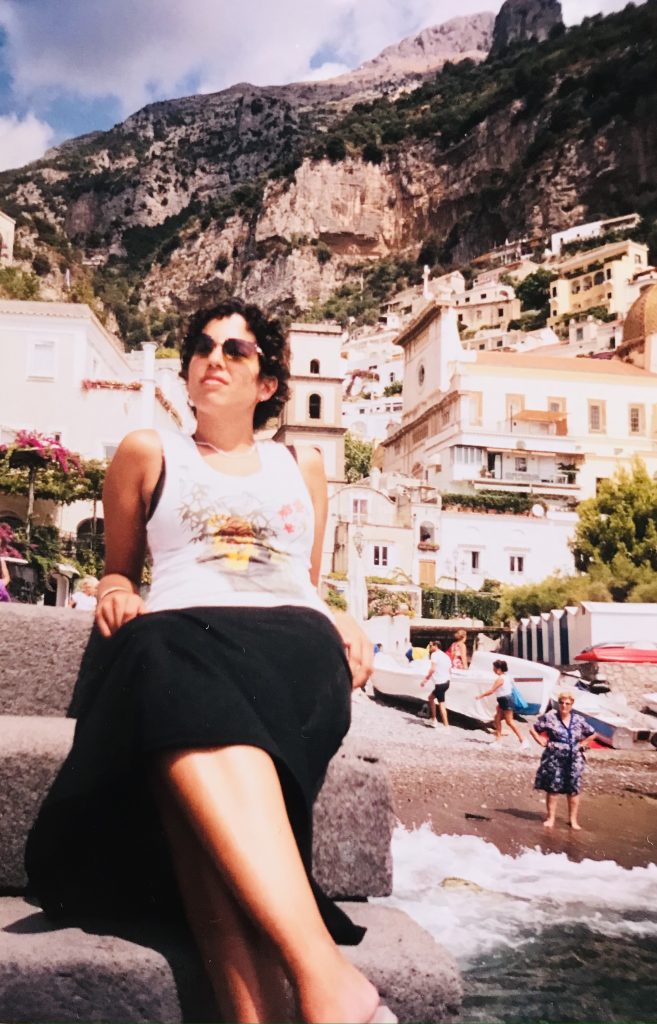 After Nostalgia, we stayed for Superheroes, about the ten-year relationship between a female comic book artist and a physics professor. It was set in Milan and so lovely. By the end, both of us were crying and we sat in the cinema after everyone had left, tears pouring out of our faces, side-by-side.

It felt really good to cry like that, together. Afterwards, we went to share a pepperoni pizza at Mr Chapple, where loud but good music was playing, and she had a rose from the Loire Valley and I a glass of Chandon Brut from Victoria.

This is La Dolce Vita.

As we walked home, we spoke of fashion because I was wearing my lilac tracksuit pants and top, with the black Nike Verona sneakers and a flowery jacket. I tried to describe Shia La Bouef’s Normcorp and Pete Davidson’s Scumbro style and how Asics (dad shoes) came back in.

This is La Dolce Vita.