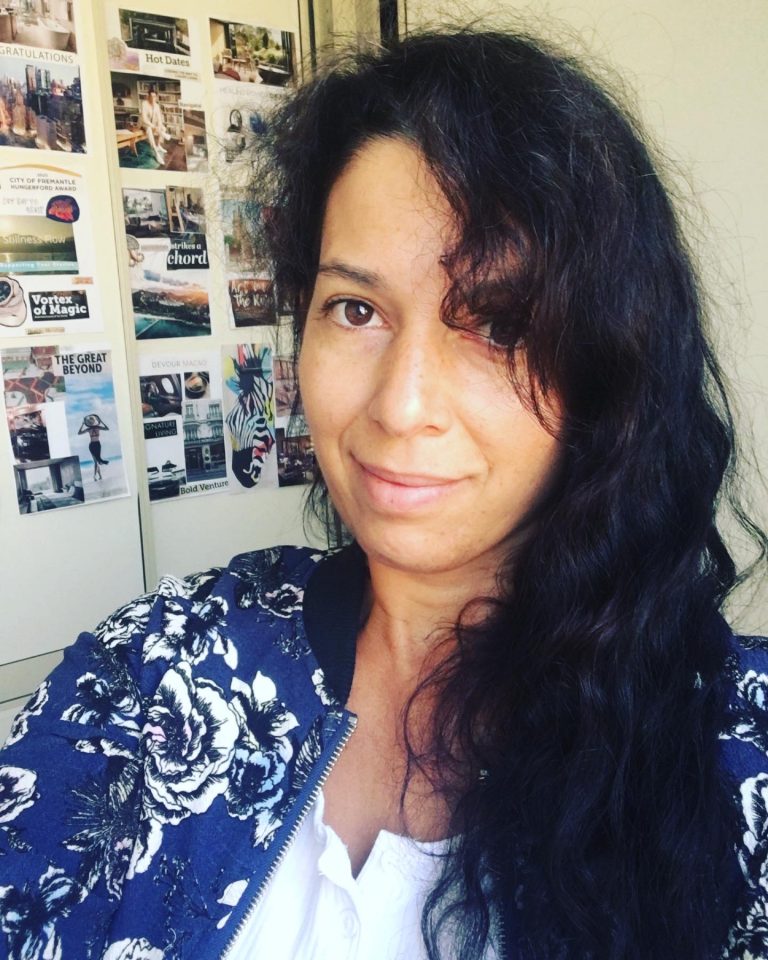 Sometimes my heart works faster than my brain. Last Monday was such an experience. I’d been working on Loving, a new guide I’ll be bringing out in a few weeks, and loving it. But I woke up on Monday feeling tired physically. I realised I needed a break and wanted to head to the beach. Instead, I ended up following my heart to buy a bean bag and there I found some storage containers. I came home to take apart this big cupboard in my office and, five hours later, was still unscrewing it.

One week later, the whole room is being repainted. It turned out to be a bigger job than I could have imagined but the right support showed up and I ended up manifesting the exact thing I was visualising the week before! Often I think about something I want and it ends up happening. But sometimes what I want looks like something I don’t want at first. And that can be scary.

In August last year, not only did I find out I had tumours in my spine and was having treatment for it, as I wrote last week, but then I realised half my face was numb. I couldn’t taste food or drinks on that side, which was the worst part, and couldn’t feel my eyelid when I was putting makeup on. Plus, I’d be drooling out of the right side when I lay down. On top of the shit that was already going wrong, it was a lot to take.

At first I thought it was from the steroids to reduce the swelling but then realised it wasn’t that. At the end of 2019, I had a wisdom tooth removed  and thought it could be related. My mum said to find a certain dentist but I couldn’t and so I ended up at this other one with an expert, who wouldn’t do anything for me because I’d been on this medication for bone metastasis, but he sent me to an oral surgeon instead.

Basically, I was supposed to come off the medication six months prior to having any dental work done. The medication stops the bone cells from eating away the old cells, so that the cancer doesn’t cause even more deterioration. But when you have dental work, you need the old cells to be eaten away so the new cells don’t grow on top of the old. So that was causing the issue. But first I had to get another scan because it could’ve been from a tumour in my jaw and, meanwhile, I still had half a numb face.

Because I decided to stop all medication that December of 2019, as I was doing the NORI and all my tests were good, I didn’t write that I was on that bone medication, so the dentist who took my wisdom tooth out didn’t know. But if I had stayed on the medication, the problem could have been a lot worse! The oral surgeon said that the oncologists don’t see the end result of the medication. Patients sometimes have to have part of their jaw cut out because of it and then their sinus collapses.

But my numb face saved me from going back on the medication. And the diet also, even though it didn’t work out as I’d wanted it to. That’s why I always say that things are working out for the best. This is what my mum told me when I was really down at the end of 2016, something that had kept her going through some very tough times. Everything happens for a reason. We only have to see it. When we do, life can be quite magical, despite the hard bits. Or because of this.

Naturally, it feels really bad when we’re going through it and presence is all we can manage then. Practising it. I share my process in Empower : a free guide to help process emotions, change thoughts and return to peace and happiness. So much feels like it’s going wrong right now as we are being invited, in the Age of Aquarius, to awaken into greater consciousness, from 3D to 5D reality, apparently. I can believe it.

As my ‘break’ that turned into a renovation exemplifies, the heart leads us, one bread crumb to the next, to where we are going. ELEVATE is a transformational mini-guide to turn your life around, create an upward spiral and spark high-vibe conversation.

Stay tuned for Loving. Plus, subscribe for my weekly updates, musings and inspiration.

ps. That’s the ugly cupboard behind me in the top picture. Get more about this @mireilleparker_xx & follow to see my stories.

PrevPreviousNORI Diet for Cancer : Why I Quit
NextWhy Shit Happens.. Even When You’re A Manifesting Ninja!Next