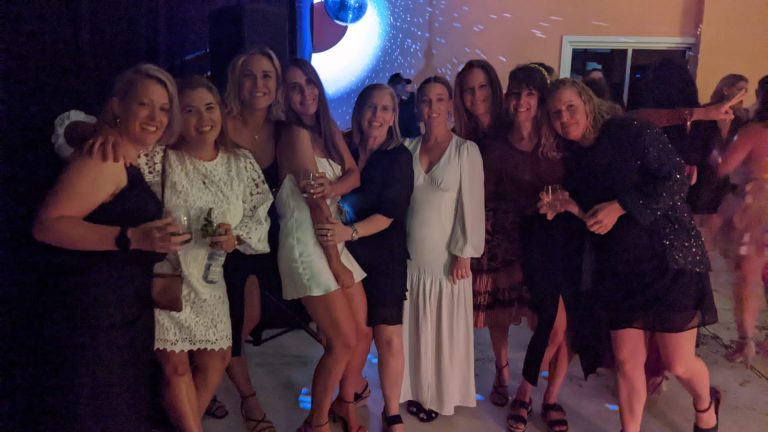 Friendship, Loneliness & The Joy of Being

Ever since I can remember, growing up in Kardinya, suburban Perth, which back in the day was much more connected to the bush so there were plenty of places to adventure in, I have wanted one best friend who totally got me.

But, as we know, Life doesn’t always give us what we want but what we need to awaken into consciousness.

The closest I had to a best friend was my cousin Amanda, who I got to see most weekends, as well as my other cousins who were also fun to look after and play with.

My brother is ten years older so in my daily life I played alone, which I’m not mad about because I was/became so creative.

Then there was my neighbour Carla, who I thought was so cool and adored but she was a year older and already had a way cooler than me best friend Tiffany who she went to school with. In any case, I went knocking at her door to play most days after school.

In year two, I finally got a best friend, Catherine, but at the end of the year she moved away.

Then there was the friendship triangle of Natasha, Fiona and me. Natasha and I, the two brown girls, vied over Fiona’s best friend status. Fiona was lovely and was not encouraging this behaviour. It just was.

Finally, I found myself around age ten in a cool gang and had a best friend, Vanessa.

Two years later we went to different high-schools and only knew a couple of people each.

In year eight I became friends with Georgia. We were in the same home room and had many classes together. We shared an immature sense of humour. But outside of class she was friends with another group.

And I had friends too.

We were actually all friends with lots of different people in our year group.

But finally, near the end of year ten, Leah moved to my suburb and called me one day about a test I’d taken.

I remember walking home from the bus stop that first day of our friendship with her and from then things moved very fast.

We were inseparable that first year when she was living there and then on and off for years, but always good friends.

Meanwhile, we had a whole group of other best friends too.

We were in many of the same classes (one reason to study) and on the weekend enjoyed drinking and parties.

As we got older, it became dancing, wine (or whatevers) and coffee.

I was super close to other friends, like Alana, but she went to another school by then, Lis, who then got a boyfriend, Georgia, who changed to John Curtin in our final year (I was devastated). Narelle, who had other friends then in the fashion industry and moved to London.

I remained  good friends with all but that best friend who totally got you only happened for stints, like romantic relationships.

There would be the honey moon period and then the sort of unspoken moving on to a new bestie or drifting break up.

But because Georgia went to the other school, we gained three more best friends to our group.

Still, there always seems to be something that gets in the way of my one-best friend ideal.

Shannah, who I travelled Europe and shared a room with in London, stayed in London when I moved back. Then she came back and I went away. At twenty six, she had a baby and our lives were forever altered.

Leah, meanwhile, had met Ness and John moved to Perth.

Carla, who I’d met with Nicki around age 20 when we’d go raving, moved away.

And most of all, I lived overseas.

But when I came back, I’d be like, “Oh really? Is this what we’re talking about now?”

There were many times in my coming and going that I felt out of place.

And once I moved back here and pretty much everyone in our group of 15 had kids, then I really did feel lonely.

I’m sure everyone feels lonely at times, even when surrounded by people.

So what helped the loneliness? 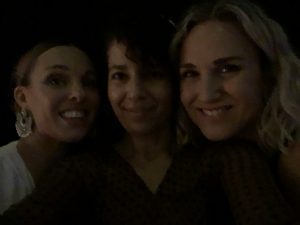 While recovering from the brain surgery, many of my friends were on maternity leave and we became closer to each other and Brooke, Meg and Jee Hye again. Being a group of fifteen best friends now, with full lives, our partners and kids, we get along so well, perhaps better than ever.

And rather than one-best friend who gets me, I have fourteen, who each bring something special to my life as I do theirs I’m sure.

So what makes our friendship work? 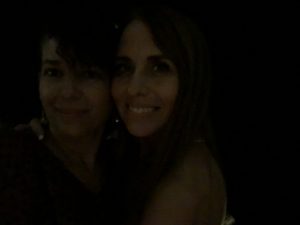 The world is filled with cool people and I have met so many through the coaching academy and business, travel and English teaching.

The biggest thing I have learnt is that when you change, other people change too. Perhaps we will find a deepening in current friendships by being more ourself or will find new friends by joining a Meet Up group, for example.

It’s not like I’m a perfect friend, but I had a realisation on the dance floor at Ness’s 40th birthday on Saturday night.

Any little resentments I’ve had in the past is just a trick of the mind to keep me from peace and true happiness.

Perhaps this thought can help you too as you dive into Christmas.

By placing attention on the body, you feel, the aliveness, the joy of being, and bypass the mind.

Can you feel it?

Try it now as you read this.

Perhaps you feel it in your hands.

With practice you can experience it in your whole body.

As taught in The Power of Now, by bringing more of this JOY OF BEING into your life, you have a portal to the unmanifested and problems tend to resolve themselves.

Try it for yourself and see.

I hope you have enjoyed my adventures in friendship and received whatever inspiration or illumination is meant for you today.

Wishing you a JOYFUL Christmas!

p.s. I love to write about female friendship and that’s what I was exploring in Wonderlust too.  Aand I made a post about Ness’s epic 40th on my Instagram @mireilleparker_xx. For the love of friendship and dancing!