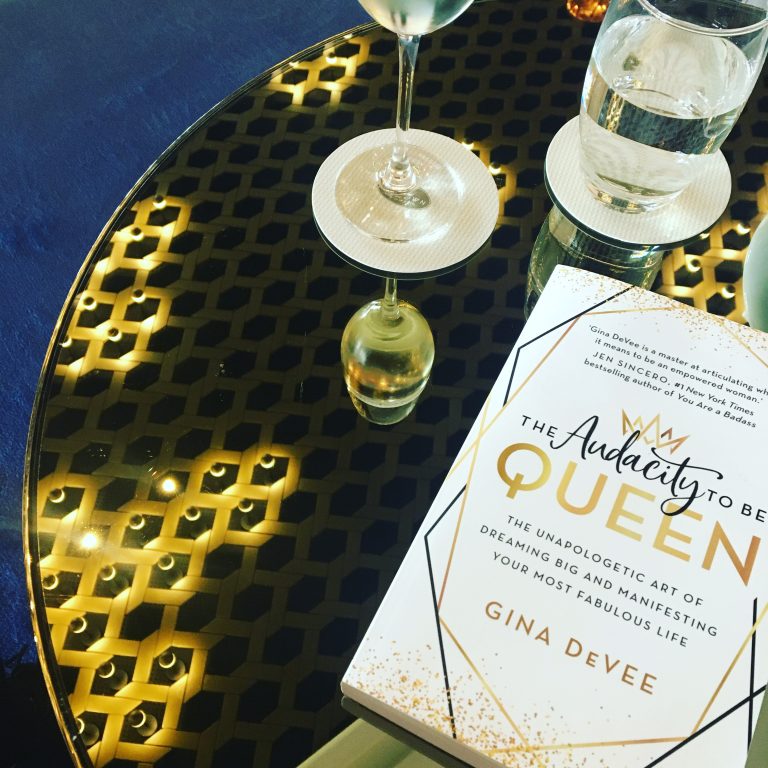 “The ego pushes, the soul calls.”

A few weeks ago I finished Dear Phil, the second in my Love Queen 5-book memoir series, which is the epic saga of my quest for a healthy relationship and happiness in love. It was then that I started thinking about synchronicity and whether I still experience as much of it as when I wrote about it back in 2015. Well, as Abraham says, ask and it is given.

The next day I planned to go to a shopping centre (mall) because I had been doing Unleash Your Inner Money Babe  and I desired a new wallet. I had been to Myers recently to purchase some underwear and had seen a Status Anxiety wallet that I loved. But I had also been following the practices in the book so I waited till a new month began to be able to spend the 10% of my income on myself and this new wallet was a part of it.

That Saturday happened to be the day after I finished Dear Phil and was wondering where the synchronicity was at. Lately too I had been feeling the call to read through my notes from the Joe Dispenza online course I took last year. It was about the quantum field.

He says that to experience synchronicity we have to do different things. Having my head down doing the work every day did not leave a lot of room for synchronicity. However, since then so many amazing things have been happening.

I asked and it was given.

The story of how I first met Gina DeVee in 2014 in Paris is also a good one. But before that, in 2012, I was moving back to Switzerland and, because I worked in the city, I would borrow books from The Perth City Library. The last of these was a weightloss one called Full-filled by Renee Stephens. On the way back to Switzerland, we were going to Thailand and I found a detox centre I wanted to go to. Fasting for a week was apparently on the bucket list for this youngish woman still recovering from body issues (= an extreme interest in health).

The thing with wanting to lose 5kg for most of my life is that I couldn’t say it aloud. So when I signed up, I just ticked ‘for health reasons’. But when I arrived and the naturopath asked me if I wanted to lose weight, I said “yes!”. Because of this I had to sit in this sweat tank for twenty minutes a day, with only my head out, and because of that, I started listening to Renee Stephen’s podcast. On one of these she interviewed pleasurable weightless coach, Jena La Flame.

I was instantly captivated and, once I was back to Switzerland, started listening to whatever I found with Jena on and through this found an interview with Rose Cole and signed up for her mailing list. When she released The Feminine Art of Manifesting with Gina DeVee, I joined and loved Gina’s sass and style. I started to listen to her radio show for female entrepreneurs and coaches every week, even though I was an English teacher. Meanwhile I was writing Wonderlust, and had been into personal development since I was 24.

So, long story long, after a year of listening to Gina’s radio show, I knew she was travelling around Europe and in France at the same time as I was that summer. As I said in the last post, I had decided to develop my intuition in 2013 and that day we were coming from the Eiffel Tower after a real emotional clearing conversation (learnt in The Feminine Art of Manifesting) and wanted to go to a boulevard cafe for a drink. There were two identical cafes sitting next to each other and M said to go to the first but I had a feeling, a preference, for the second and, rather than not speak up because I didn’t want to be “difficult”, I told him and he was happy to go there.

Without going into all the details (they’re in Love Queen), Gina walked in and I was so excited to meet her and totally fan girled. Now, because of this, when Gina, released her Divine Living Coaching Academy, I signed up. It was awesome but intense and the year after I felt the need to pull away to decompress. Since then I hadn’t been in Gina’s community but I knew she had released a book as a coaching friend told me she went to the launch in the US.

That Saturday, after purchasing my wallet, my boyfriend, who’s been into books again since reading Wonderlust this year (just saying’!), wanted to go look at the books so we went to the bookstore. He saw a book he wanted but wanted to check another store first and so we went there. I was not so interested in buying a book but while we were there I remembered I wanted one for my friend who is going through breast cancer treatment.

So when we went back to the first book store, I went to the personal development section to locate this book. It wasn’t there but suddenly I saw one copy of Gina DeVee’s The Audacity To Be Queen. I opened it, started to read and went to show J. What a fun synchronicity! Then the store was closing and I had to make a decision to buy the book or not so I bought it.

And it’s been wonderful. I’ve been enjoying reading more of Gina’s stories and becoming reacquainted with her wisdom and Gina-isms. Because of this, I even listened to her Divine Living podcast and realised that she got into the law of attraction like I did. It’s given me more confidence in myself. And I could never have planned it.

Sometimes it really feels like Life is guiding you, doesn’t it?