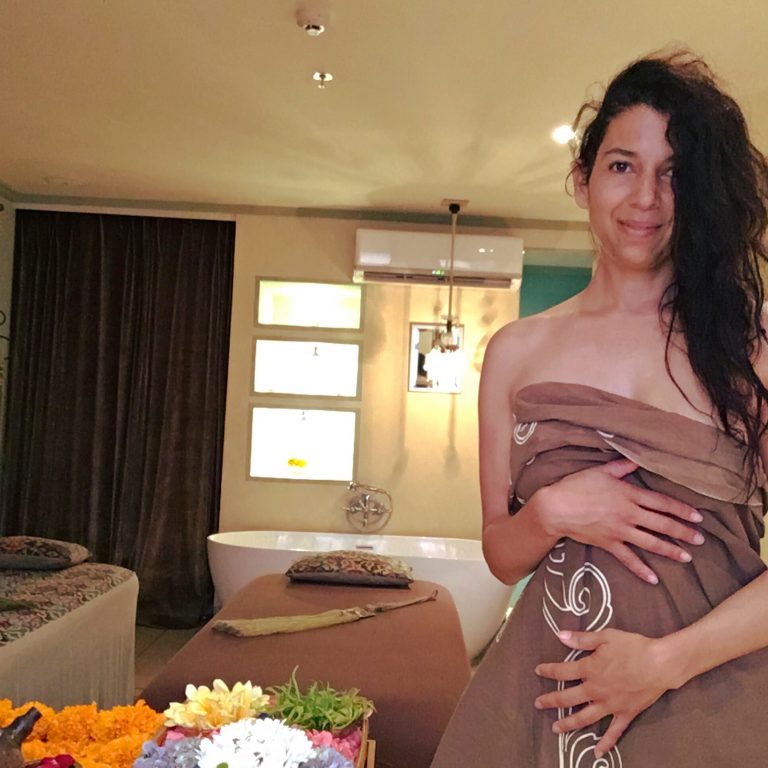 In 2013, aged 34, my resolution for the year was to develop my intuition. So I started practising. My first test was a Swiss German tradition called The Three Kings cake. On the sixth of January, a cake is bought or made, which has a plastic or ceramic King inside, symbolising the three wise men. The person who gets the King becomes King for the day. My parents-in-law brought the cake round to our apartment by the lion monument in Lucerne. I used my intuition to guess and was thrilled to get it off the bat and be crowned King for the day. Then I practiced with my husband where he’d have the king in one hand and I’d guess which one using my intuition.

Fast forward six years and I learn that, according to human design, my intuition (authority) is splenic and so I do feel the impulse in the moment but it can be very quiet and especially if I am not tuning into it and am taking the mind as the authority, which, in human design, it never is. I wrote about going beyond the mind in February, remember?

This weekend I had some fun adventures in intuition as well. I’ve had this cough and nasal congestion for a few months now. Of course, anything going wrong in my body is scary for me. But I started asking my intuition about it, praying, tapping (emotional freedom technique) and using techniques to manifest.

On Sunday I felt like a burger and so we went to get one. Faced with the menu, I gave my spleen two choices and was surprised when it chose the one with bacon. But I went with it and could only eat half. Later in the car, I started wondering why my spleen would have chosen that burger when I’d have much preferred the one with cheese. So I started thinking. Is the cheese causing phlegm? Later I started googling all of this. And this led onto realising I either have a wheat allergy or dust mite allergy or both. I’ll have to get tested. But the point is that my splenic intuition led me to open my thinking and come to some conclusions that logic hadn’t guided me to.

I have so many stories of splenic intuition. The truth is that I am in conversation with my Inner Being throughout the day. I will write more on this soon. But for today, let’s explore the seven authorities in human design.

“Authority is the mechanical way in which you make correct decisions from your body intelligence.  It is important to understand that you cannot get to correct authority or decision making without first being correct in your aura strategy (how you are designed to meet life). If your mind is pushing or pulling, trying to get what it thinks it wants, or reacting to pressure from others, remember: first you must go home. Home is your aura.”

About 47 percent of the population falls into this type of solar plexus authority: The solar plexus operates in a wave that is always moving. As this type rides their emotional wave and experiences all of its nuances, they pick up information over time. When they come to a place of clarity, or little or no nervousness in the body, they can make their decision at that point. If this is you, you’ll always get the better deal for yourself when you wait. Take time to “sleep on it,” and allow yourself to experience the full spectrum of your emotional wave before making decisions.

Just under 35 percent of the population has the Sacral Authority; many generators fall here. Your natural tendency is to wait for something/someone to show up in your field so you can respond. Your aura is pulling life to itself all the time. You don’t need to “go and get things.” Instead, get familiar with the many ways in which you are already responding all the time. Your sacral life force energy is a response mechanism—it’s either open to giving its energy to something that is healthy for you in the moment, or closed. A response can be signified by a spontaneous sound or body movement toward something. It’s not always about someone asking you a direct question.

This type is more rare, about 11 percent of the population, and is characterized by an intuitive sense or recognition in the moment. The spleen is our oldest awareness center, faster than the mind, and deeply rooted in survival, health, and well-being. Some people describe this authority as a splenic “hit,” or instant, intuitive knowing.

This is about 3.53 percent of the population—it is a Mental Projector with a lot of openness. You receive guidance from sensory information through your open centers. Using other people as “sounding boards” in order to hear the truth/not truth in your voice can be helpful here. Being in the right environment for you is important.

This is about 2.8 percent of the population, and describes a subsection of Projectors who are deeply non-energetic, and powerful, beings. The ability to listen and hear their voice is key. Their truth is expressed through the core of their identity (the G center). Allowing your words to come out unfiltered is key.

About 1.39 percent of the population, this is the Authority type of a Reflector who derives his/her authority from the lunar cycle. They have a special connection with the moon. Before making an important decision, you should wait through a twenty-eight-and-a-half-day moon cycle, which provides a consistent, familiar pattern to work with.

This heart-centered authority will come from a Projector or a Manifestor, and makes up just over 1 percent of the population. You must trust what you say or do spontaneously, in the moment. The voice of the ego will speak or move the body if you allow it to do so. It’s about letting the words come out unfiltered (as with the Self-Projected Authority), not saying what you think you want to say. This authority has a willpower that is unmistakably engaged, or not.

If you haven’t got your Human Design Chart yet to find out your Strategy and Authority, you can get yours for free here.

For more help going beyond your mind, I’ve released Master Your Mind as a transformational guide here.

Next week I will write more on intuition and human design as it relates to psychic awareness.

Wishing you a lot of fun on your path to discovery!

ps. I’m posting parts of my memoir and Bali photos @mireilleparker_xx on Insta.