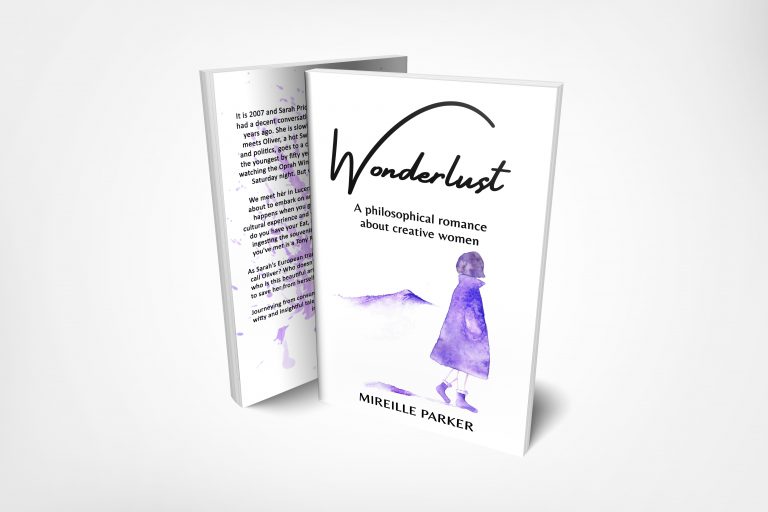 The time for Love Queen‘s release is almost upon us. I’m putting together a Q & A to download on the making of.

One of the questions, which Polly Alexandre asked me on her Feminine Millionaire Show, was about how I can be so open in my memoir. Like, really open.

This got me thinking about Wonderlust and how I hated talking about it for the first few years of writing it. I was too embarrassed to even admit I was prioritising creativity and giving myself permission to go for it. I felt mortified if someone found out and wanted to talk about it.

That’s so crazy to think about now!

Through the ten years of blogging and social media posting and definitely the coaching academy too, I became more comfortable, proud even, to say that I’m an author and writing is my thing.

Hey, I even produced my own art in 2021 and made an Instagram and Facebook page for it. That was a big step too! My mum was like, why can’t you just do it for yourself?

But art and books are made to be seen and read. When I’m doing it, I don’t think about that. I do what I like and what flows through me and afterwards I’m like, hey this is pretty cool. Maybe someone else will enjoy it too.

Wonderlust is about a travel agent from Perth who goes to Lucerne, Switzerland, on a cultural adventure and finds love in a creative life.

It is about the journey from consumer to creator.

And believing in perfection, but finding that LIFE is in the mess, the imperfection. 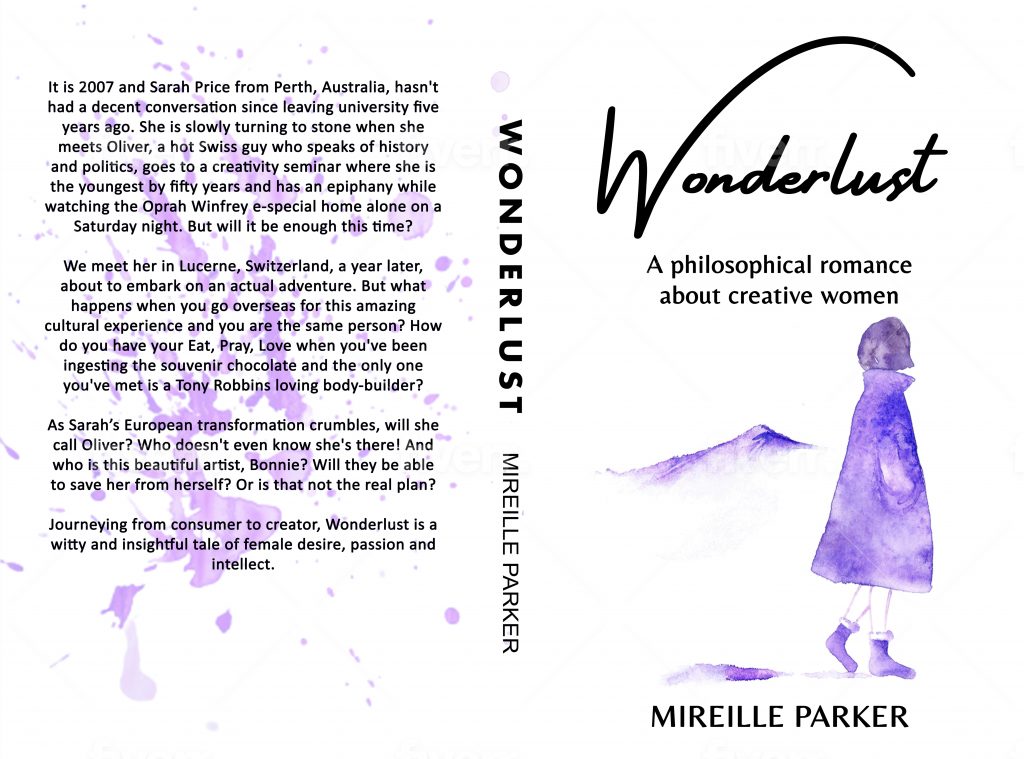 Question : One of the main themes of Wonderlust is the craving to create meaning and not simply consume; is that something you experienced too?

Yes, Wonderlust is about a 26 year-old Australian woman and I did feel locked out as an artist and creator too because I didn’t take art at high-school but had a few close friends who were artists. Writing felt like the way that I could secretly be creative, without telling anyone. And yes I often experienced this inner battle between the person I wanted to be and my bad habits. Plus, the desire to have meaningful conversation was real.

Question : Oliver, the Swiss guy in Wonderlust, was the one who spoke of history and politics; does this reflect your experience with Swiss people too?

I did find that Swiss people, because of the direct democracy, did discuss history and politics more than what I’d experienced in Australia. Or at least my partner did and I found that very attractive and alluring, the mental stimulation. It was very interesting and I got the insider information on the country too.

Although, unlike a lot of expats, I also had lots of experience with the Swiss because I was an English as a second language teacher from when I was 22 and worked A LOT with the Swiss teaching the Cambridge courses in Perth and then later as an English teacher working one-on-one for six months in 2009 in Lucerne.

Question: So did you actually meet a bodybuilder in Lucerne?

No. I met a bodybuilder walking at the beach in Perth and there was something in his smile and energy that felt like he was trying to pick me up and it made me start to wonder about that and what it would be like. That’s where the character came from.

Question : A major theme is food too, why is that?

Well, that was probably where my head was at at the time. Also, one of the first stages of culture shock is obsession with food and in my twenties, moving to New York, then Montpellier, France, and then Lucerne, I definitely felt that. Plus, when you’re travelling, food, bakeries, cafes and supermarkets are cultural experiences. I also find that when you’re on a  budget, food becomes one of the only ways you can exercise your power of consumption and participate in the economy.

Body obsession became a theme too because when you’re younger, you tend to think that once you look a certain way, life will be more perfect. Or when you’re questing for something, at least you have something. Also, when you’re not creating, the body becomes a form of creation, a way to express your creativity, if you’re not channeling this urge in other ways. That’s what I found anyway.

Now Wonderlust has a new cover and is on special for this week only – just in time for Christmas. So you can buy it yourself if you haven’t already or as gifts for your people!

It’s available on Amazon worldwide and please remember to leave me a review (in this order of importance):

Any or all. Reviews help exponentially. Thank you so much!!