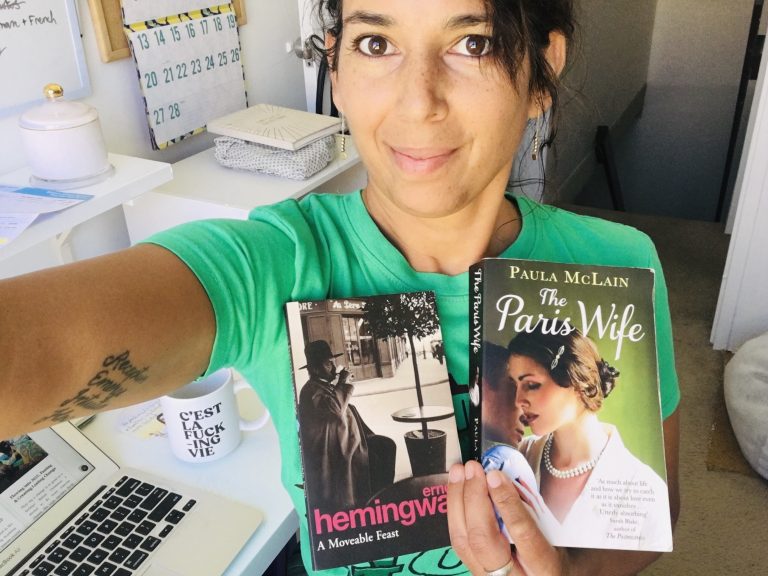 Replenishment : Hemmingway, Death on The Nile & Me!

Ayutthaya is not exotic Thailand, not the ‘land of smile’ that we were promised as soon as we stepped off the plane a week ago. In fact, it is plain boring.

In Bangkok in the afternoons, I would sit and watch from my cove on the steps of the bank on the legendary Kao San Road, famous amongst backpackers and those looking for a cheap room.

At all hours there are tuk-tuks lining the streets, stealing the travellers away from their safe little haven.

Of course, there are some who never leave the street and think Bangkok is a nice place offering silver jewellery stands and genuine massage parlours.

There are no prostitutes here.

The guesthouses are hung with signs saying NO THAIS OR VISITORS UPSTAIRS!

Not that these kids would break their budgets for such indulgences.

We have each other.

I have so much going on right now.

I am working on a book to enter into a competition at the end of March and am using the short stories I wrote in my twenties (see above)  for it.

The minimum word-count is 50,000 words and I am less than a thousand words away from it.

Love Queen, the story of my epic saga for a healthy relationship and happiness in love, is also coming out in six months.

Last week I had my first meeting with the editor and I need to cut the book in half.

So I am working on my books for six hours a day.

But at the same time I am accutely aware of my energy and would never want to put my health at risk again as I’m still living with metastatic breast cancer.

When we replenish, we have plenty again.

(My God do I love word formation!)

At the end of 2016, recovering from the brain surgery, I became quite obsessed with minimalism, organisation and simplicity.

I was working at a dental surgery for a few months and, since it was an hour’s drive to get there, I’d listen to the Simple Sophisticate and The Minimalists podcasts.

One thing I remember Shannon Ables (of The Simply Luxurious Life book and Simple Sophisticate podcast) saying is that we must recreate in a way that is high quality.

What I realised on Saturday is that even on the weekends I like to have a to-do list to keep me on track.

Those to-dos could include ‘cycle to beach’, ‘read’ and ‘meditate’.

But if I don’t have at least a mental idea or a list to tick, I can stray into crapness and waste time doing stupid shit.

In my daily life, I use a schedule to enable me to fit it all in, including the six hours of writing, yoga class, Body Combat aerobics,  a walk and such things.

On Friday I had my perfect day of work and on the weekend, such wonderful replenishment.

After cycling to the beach and swimming, we went to eat club sandwiches and did the crossword together.

Wearing a a sarong and bikini, I felt like I was on holiday in Italy.

Losing track of time, so happily, I cycled back home and in the evening we went to see Death On The Nile with one of my friends.

Have you seen it?

Directed by and starring Kenneth Branagh, with a well-known British and American cast, the setting was so epic.

With our favourite mint choc bomb icecream, I felt so nourished.

On Friday night it was a gethering, a wake, where we met new people and heard some funny stories.

One was about the guy we knew who’d almost gotten into a fight.

Because he was dressed as a pirate for a party and a women had said he looked fat.

I know it’s not funny being called fat.

But it was the pirate costume aspect that made me laugh.

Sunday it was a 7km beach walk and swim, after a perfectly ripe peach and an almond croissant with coffee.

Often it is napping and reading at home.

Lately I’ve realised too that it doesn’t take a whole weekend to make me feel replenished.

It is the twenty-minute walk when I wake up or at dusk, admiring the beautiful trees and their rustling leaves.

The Thai massage every two weeks.

When the words come gently.

That makes me feel replenished.

And keeps my body in a condition that enables me to sit for the two-hours at a time to write.

And again to write.

Thinking about replenishment I think of Hemmingway.

I read The Paris Wife by Paula McLain, about his first wife and the time when they were living in Paris.

Then I read A Moveable Feast, Hemmingway’s book on his life there.

He would write for a few hours and then spend the rest of the day replenishing; drinking in bars, encountering other writers and charachters, walking around or betting at the horse races.

“All I must do now was stay sound and good in my head until morning when I would start work again,” he wrote.

What would your perfect work day be?

And your most replenishing weekend?