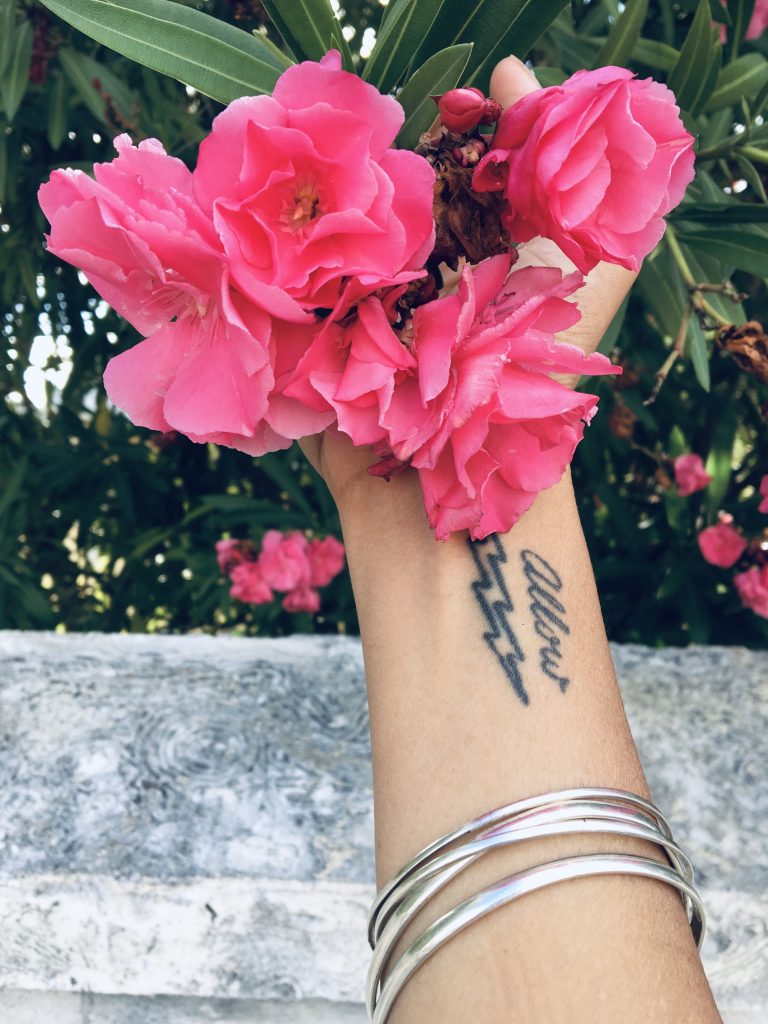 The Truth About Her

It was the time of Spice Girls and girl power. When I found my friends, I found my crazy and if I could make them laugh doing outrageous things, even better. I would do things to prove that girls could too.

Or we’d annoy the hell out of our teachers with non-stop talking.

In maths I had to sit all on my own and in English Lit we got moved to sit next to the squares.

Ms Pererer said I was “frivolous”, Jee was “flippant” and Brooke was something else starting with F, when really she wanted to say “Shut the fuck up you fucking bitches!”.

If you haven’t taught all-girls, you don’t know how real it is.

At Leavers, when I was seventeen, we were drinking one night and the guys, who were from there, said that they were going to jump off this cliff, Bear’s Head, the next day.

No female and no one from Perth had ever done it.

They would give me a carton of beer and a bottle of spirit of my choice if I went through with it because they reckoned I wouldn’t.

The next day when we got there, I was so scared.

It was practically out on the open sea, but if they could do it, I could too.

I sat on the bear’s nose for ages, looking down.

There were rocks all around and the ocean was wild. It must have been 20m.

The scariest part though was that I had to jump just after the wave crashed so I wouldn’t be pushed back against the rocks.

Finally, I just did it.

Alana took a photo of me mid-flight and I received my prize and the glory of knowing I had done it.

I was now a legend.

This is from the memoir I am working on, Love Queen.

I spaced out the paragraphs for easier reading on the internet.

It actually may be more auto-biography, I learned on Monday.

I started writing it five years ago and have written its sequels in the time since.

But now I am working with an editor and I learned I have to cut the book in half.

I was trying to do this but it was hard.

And after the Perth Writers Festival session on Flash Fiction, I received the idea to write it more in that style.

So this is an example of it.

I’m writing my memoir again and I am happy.

Happy with the style and the way it is going.

I decided to include this part I worked on today because I have been reading a novel called The Truth About Her by Jacqueline Maley and loving it.

It’s about a journalist in Sydney who writes a story about a young woman who pretends to have cancer and heal from it through organic food.

But in the novel, the influencer commits suicide and the journalist has to live with the consequences.

But one thing that annoyed me at the start was that the journalist is obviously hot but doesn’t understand what the two guys she’s sleeping with see in her.

It’s more subtle than that but it felt like a familiar scenario from literature and film.

Hot but you don’t know it.

Or don’t feel it.

No, I know this is a common ailment of  women.

The guy likes you and you don’t know why.

I would like to present a different charachter for the one called woman.

And that’s one of the things I’m doing with my memoir.