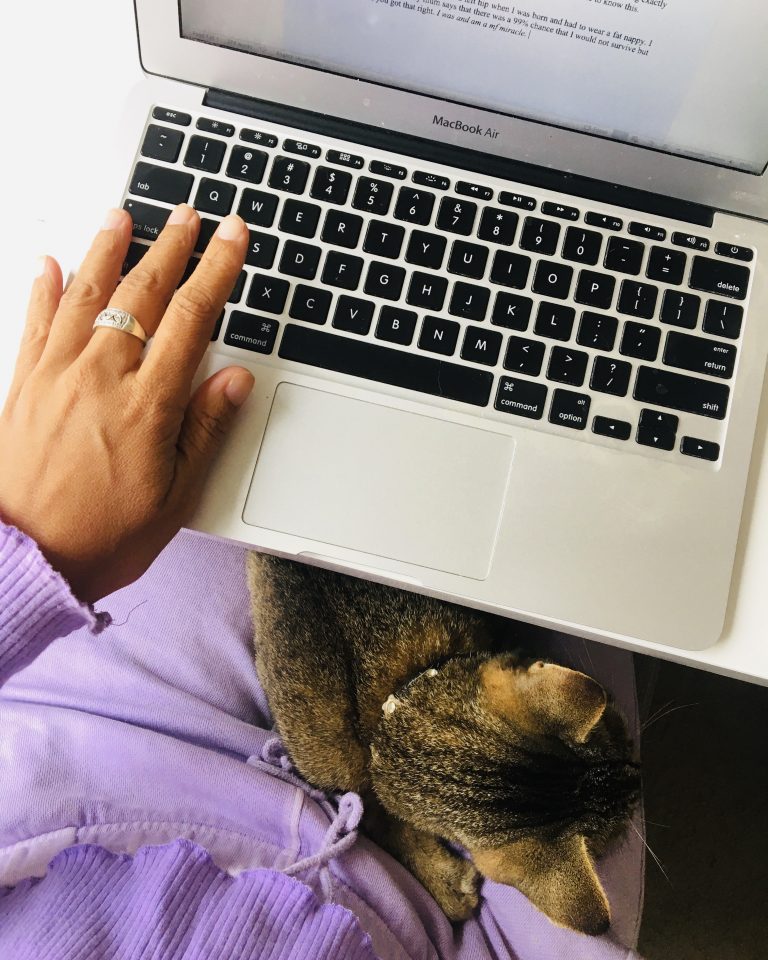 In case you don’t know, when I was 28, I went back to university to do a diploma in professional writing.

It was one afternoon a week and the other five mornings and three afternoons, I taught English as a Second Language.

There was a public relations unit included but I was only interested in the creative writing unit.

As part of the course, we had to keep a journal and it was assessed.

I would go around sitting in cafes, listening to people speak and note what they said.

Other times I would write about my feelings and responses to the material we read.

Once I wrote my thoughts on the message in a Bacci chocolate.

But mostly I wrote about my yearning to be a writer.

When I got home from teaching, I’d have a coffee and then get stuck into my homework.

Sometimes it was a short story to read.

Other times it was a short story to write.

Once I had to present the tutorial on Kafka.

When I moved to Switzerland the following year, in 2008, I couldn’t work.

So I started writing the novel that became Wonderlust.

I would get up and make a coffee, an instant one with full-cream milk.

Then return to bed with the laptop.

All I could manage was one hour at a time then.

If you want to know what else I did, you can read Wonderlust.

Because a lot of what I wrote was inspired by my first few months in Lucerne.

After the writing, I’d go into town and in the afternoon to my German class.

Later on I could write for two hours at a time and then for three finally.

But during that time I read all I could about writers and writing.

Somewhere in there I bought Steven Pressfield’s Turning Pro.

I didn’t read it all but I got the message.

To be a pro you have to act like one.

I also read about the Delayed Gratitude Experiment.

Kids were given a lolly and told that if they saved it till the researcher came back, they could have a second one.

Those kids who waited for the second turned out to do better later in life.

I wasn’t sure I’d have waited as a kid but I was determined to be one of the successful ones now.

I set up my life to orient around writing.

As soon as I woke, I’d do the two or three hours and then I could do whatever elese I wanted.

I’d decided to teach only part-time so on the four other days, I got up to write.

That meant I couldn’t have more than two alcoholic drinks and I had to be asleep by 11pm.

Now it’s been fifteen years since I devoted myself to writing.

I never work weekends anymore but this Saturday I got up to finish a novel I’d been working on.

I started it in January and have posted some of it on my Instagram.

It was one of my goals for this year and I was so thrilled to complete it.

I entered it into the competition.

Meanwhile, I was also re-editing my Love Queen memoir to give back to the editor tomorrow for publishing.

She wanted me to cut out half.

But in the end I wrote a new memoir about my FORMATION until age 28.

And am using the rest as the memoir I’ll publish first.

In the last week I wrote and edited 60,000 words for the second one.

I couldn’t do that long term.

That’s why I’m SO HAPPY to have finished it today!!

Tomorrow I’ll add the journal parts back into it.

To do this, I need to take lots of breaks.

Have a massage every two weeks.

Do yoga once a week.

If you have a dream though, you don’t need to do so much.

You can start with an hour a day.

Another book I read, back then, was about how you become an expert after 10,000 hours.

I don’t know if I’m an expert.

But I certainly am a pro.

What are you working on or celebrating?

Let me know in the comments below!